Chuck Taylor – The icon and the iconic shoe 1917 is a rather odd place and time to begin a success story . WWI was still raging, and the horrors of the Spanish flu pandemic was still looming. But this thankfully none of these topics are the main focal point of this article but rather the birth of one of the most important sneakers to date , the converse chuck Taylor

Since their debut in 1917, Converse Chuck Taylor All-Stars has had  a notable presence in numerous cultural venues. They rose to prominence on the hardwood for their technological brilliance, and over the course of over seven decades, they evolved into the classic street shoes we know today .

The Chuck Taylor narrative follows the journey of a traveling salesperson who shared the Converse All-Star with a whole country on his own. Chuck Taylor is recognized as the driving force behind the Converse All-Star’s fame, although contrary to popular belief, Taylor was not a famous basketball player. His basketball career was brief and not nearly as spectacular as it has been portrayed. Taylor began his career when baseball was the most popular sport in the country and professional basketball was in its infancy. College and high school basketball teams began to form by the 1910s, but full-fledged professional leagues such as the present NBA were still decades away. 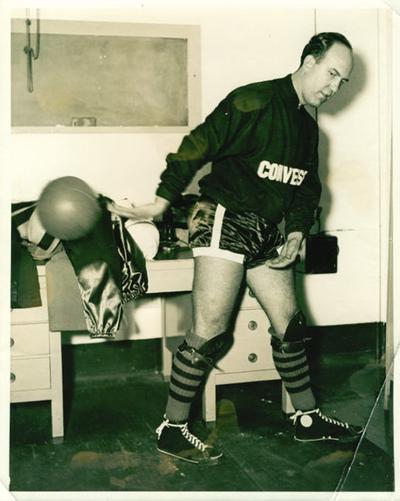 Taylor opted to play basketball instead of attend college .  He began his semi-professional career with the Columbus Commercials, a team based in Columbus, Indiana. But he wasn’t the team’s star; in fact, he wasn’t even a starter. According to Abraham Aamidor’s book “Chuck Taylor, All Star: The True Story of the Man Behind the Most Famous Athletic Shoe in History”, Taylor’s sole record with the Columbus team is a stat line in which he played the final three minutes against the Camp Grant Five and scored zero points. Talk about a peaceful evening.

Converse began a new sales strategy in 1921 in an effort to have greater control over the flow of their products  , how their product were positioned in outlets and where they were distributed were all key focuses for converse at the time . They began pursuing basketball players to join their team as traveling salesman in order to increase the legitimacy of their products through endorsements from genuine players. Chuck Taylor of Course being one of the first players to be approached by Converse, and he accepted. Taylor relocated to Chicago shortly after accepting the position and began a new career as a Converse sales person. The Converse All-Star originally debuted around the time Chuck Taylor joined the firm, and seeing his name on the All-Star would lead you to believe he was a key player in the design process. However, Chuck Taylor did not develop the shoe while playing for the Converse club team in Chicago .

Converse included Chuck Taylor’s name on the All-Star  because he was a great salesman, not because he was a great basketball player. Converse’s Chuck Taylor sales strategy consisted of three steps. When he and his Converse All-Stars promotional club squad landed in a new city, they would play a game against a local club team or college. Taylor would then host a free basketball clinic to teach the game to local youth and build relationships with the basketball coaches in each community. Taylor would take the coaches to their local sporting goods store and collect orders for Converse All-Stars after a session of teaching and introduction to the marvels of the All-Star sneaker. Taylor gave the All-Star silhouette significance and a narrative for those who wore it via all of these personal meetings with players and coaches around the country.

TO SHOP OUR CONVERSE RANGE CLICK HERE !
My cart
Your cart is empty.